HOW DOES CARBON MOLECULAR SIEVE WORKS IN PSA DEVICE

In atmosphere almost 78% is Nitrogen (N2) and near about 21% Oxygen (O2) is there. To get Nitrogen from the air, PSA techniques is used by different industries as per their requirements. Carbon Molecular sieve is core part in the system of Pressure swing adsorption (PSA). As CMS has high affinity and capacity to adsorb the Oxygen molecules it can be used for Nitrogen generation. Compressed Air from the Compressor has pressure, and entered in to CMS bed tower. This tower is filled with CMS, which has spongy structure. Also because of special affinity towards the Oxygen molecules, Nitrogen will not be adsorbed by CMS. Thus Nitrogen enriched air can be received as an output. Once this tower and CMS comes to its saturation level, air bypass to second tower. Now second tower will be receiving pressurized air. During this process, previous tower will be act as desorption mode. This can be achieved by releasing pressure. Thus adsorbed Oxygen molecules will be desorbed. This process also carried out by supplying pure Nitrogen gas as a purging. This Adsorption and desorption will give the Nitrogen as an output. During the desorption process Oxygen expelled out so that CMS bed will be ready for the next cycle of adsorption. Thus Carbon Molecular Sieve (CMS) plays very vital role in the Nitrogen generation process. 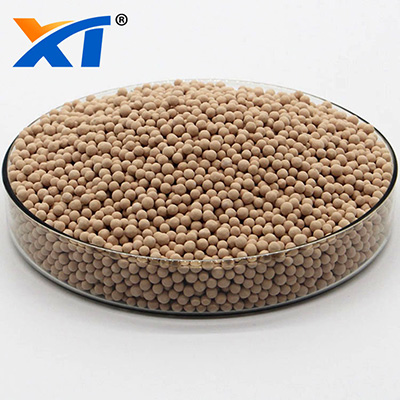